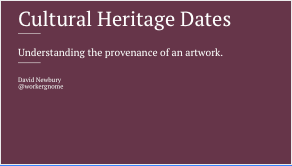 This talk was given to the PGHRB meetup group in December of 2014. It was a discussion of the work in progress on Art Tracks, with an emphasis on how the Ruby programming language handles dates, and the complexities that dealing with the sorts of dates that cultural institutions have to deal with. 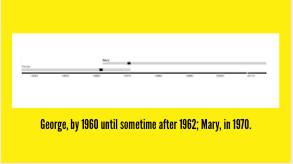 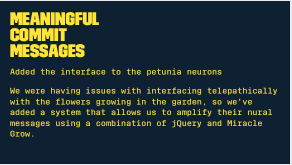 The first of a series of lectures and workshops for Golan Levin's Interactive Art & Computational Design course, this talk was a rapid introduction to Git and version control.

This talk was given as part of Open Pittsburgh's lecture series. The evening was focused on the use of open data in the arts, and I was fortunate enough to give a talk with my collegue Tracey Berg-Fulton on the work that we've been doing on Art Tracks.

The second of the lectures for Golan Levin's Interactive Art & Computational Design course, this workshop was an introduction to OpenFrameworks, and focused mostly on how to install and get the software working. 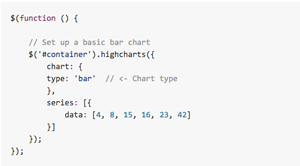 This workshop was given twice — once for Golan Levin's Interactive Art & Computational Design course, and again for Eddy Man Kim's Architecture studio course. It worked through three different visualizations, each built with p5.js, d3.js, and Highcharts.

This was a workshop for building quick-and-dirty dynamic websites, intended for culture-jammers with funny ideas. Tit covered how to build and host a basic website that can accept user data, savesit, manipulate it, and display it back. The workshop covered the basics of using Sinatra, Redis, and Heroku. 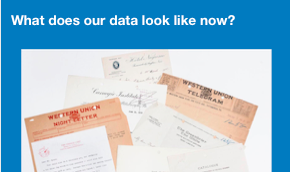 This was another internal presentation to Carnegie Museum staff about the research and progress made on the Art Tracks project. 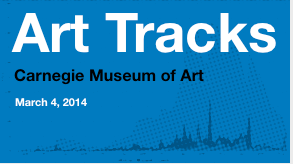 This colloquium, given as part of the University of Pittsburgh's History of Art & Architecture program, discussed how the CMOA Art Tracks project is addressing the problems of provenance, what data we’re finding and hope to find. It also facilitated a discussion about the possibilities of museum data, both inside and outside the Carnegie Museums.

As part of the buildup for the Antoine Catala: Distant Feel exhibition, the Carnegie Museum of Art turned the Gulf Tower beacon into a mood ring for Pittsburgh. For three nights the tower displayed the average mood of the city as determined by Pittsburgh's Instagram activity. Tens of thousands of photos were analyzed and turned into an interactive light show visible throughout the city.

As the lead developer on the project, David helped take the Museum's idea and turn it into reality. He'll discuss the technology and process behind the Gulf Tower project and tell behind-the-scenes stories. He'll also talk about lessons learned and mistakes made while discovering how to build projects that take technology out of the computer and into the real world.

The Carnegie Museum of Art is attempting to structure provenance data so curators, scholars, and software developers can create visualizations that answer questions that would be difficult or impossible to answer without computer assistance. Provenance, the written description of the history of ownership and custody of art, is typically written as a list of the periods, places, and owners of an artwork. It captures the current best understanding of this history in a succinct and precise manner, and illustrates the gaps and uncertainties that still remain. Provenance is typically written as semi-structured text, following an institution-defined format. It would be useful to have a structured, computer-readable format for this data, allowing for search, visualization, and aggregated research.