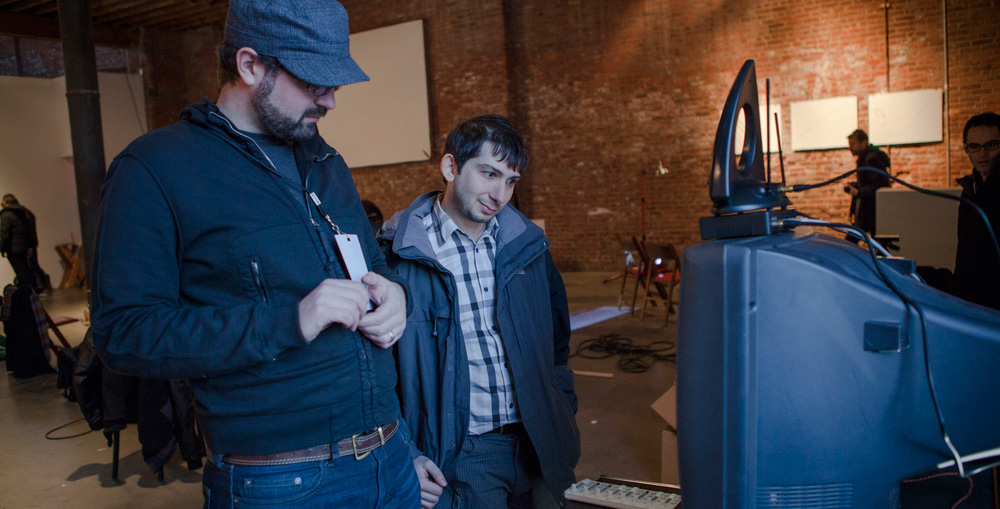 I was invited to be one of the participants in Art Hack Day: Deluge in late January, 2015. This three day art show/hackathon in Red Hook, New York, NY brought together 60 artists and technologists to create works around the themes of the flood.

David Lublin, Blair Neal, and myself worked on an installation called TV Comment Bot. In an attempt to comment on the oversaturation of both media and the commentary on media, we created an installation where a TV watches itself and attempts to make intellegent conversation about the work.

Using David Lublin's work with Deep Belief and a language parsing library I worked on, we were able to build a system that could recognize objects in live television and comment on them 'intellegently'. We also had a series of knobs that would allow you to influence the system to view and comment on the show using vairious themes, including "crime", "politics", "religion", and "horrible jokes".

For more information, see David Lublin's writeup of the project.